How the sennder team supports Ukraine 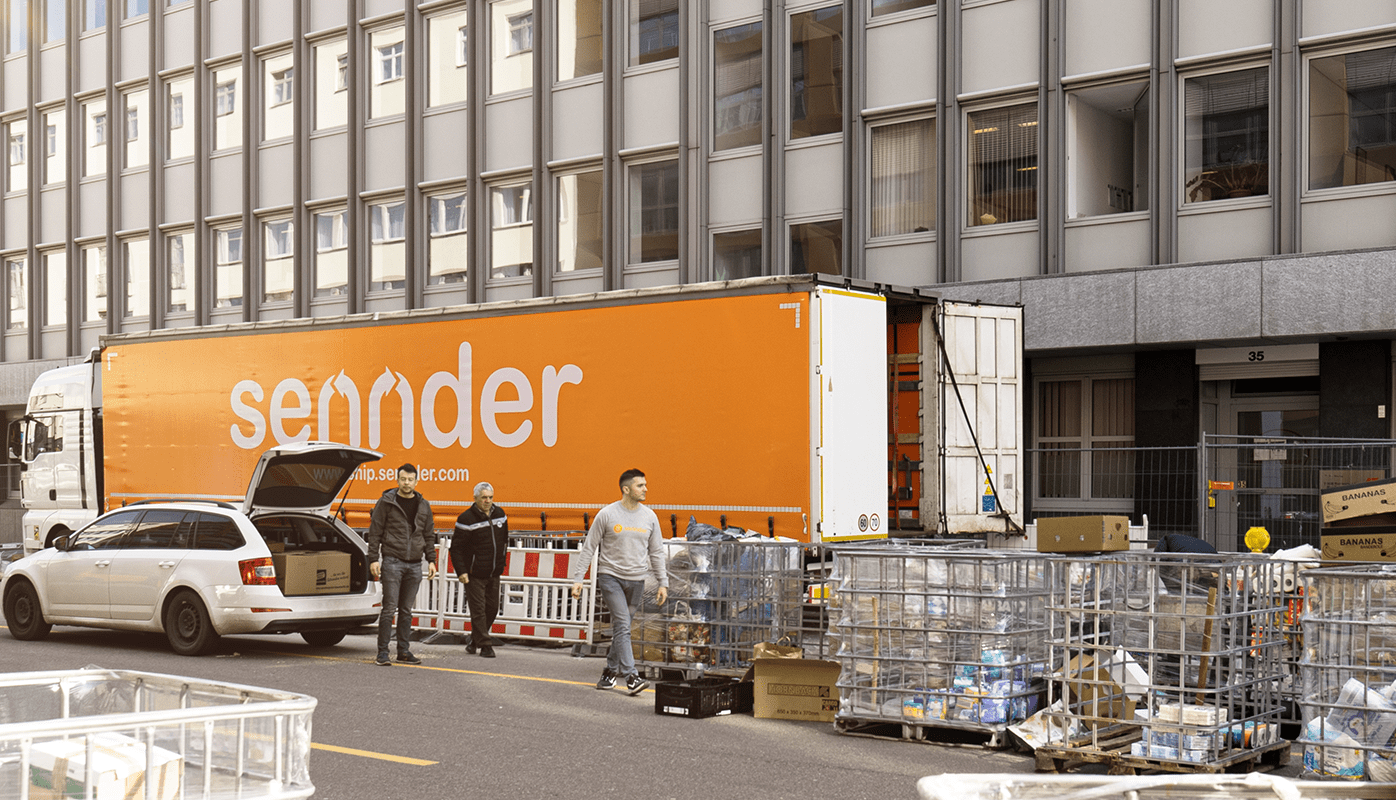 We were shocked to see that Russian tanks had crossed over international borders three months ago when the invasion of Ukraine began. Until that moment, the thought of war between European nations in the 21st century had been unimaginable. Suddenly, millions of people in Ukraine were forced from their homes as they fled from violence. Those of us still living in relative safety were left with the question, “What can we do?”

In response, sennder teams across Europe organized local efforts, using what we have–1,000 employees and logistics experience–in order to provide support.

In Berlin, colleagues helped with collecting and packing supplies into four trucks that were sent to Katowice, Poland. Along with individual donations from sennder employees, their friends and family, these trucks also carried full pallets of goods donated by businesses like Gorillas and Everdrop. Our Madrid team also came together to send a couple truck loads all the way across Europe to the Polish-Ukrainian border.

Our Riga office worked closely with the Red Cross Latvia and the Chamber of Commerce to help send supplies to Poland and Slovakia. The Paris team joined forces with JPB Systéme to support a ‘logistics bridge’ which brought goods to Rzeszów, Poland. In Amsterdam, our team focused on supporting Solidaris, a carrier from our network who collected donations for their Ukrainian employees, as well as displaced women and children sheltering in Poland.

To date, these efforts have amounted to more than 130 sennder trucks that delivered nearly 4,000 pallets to the Ukrainian border. 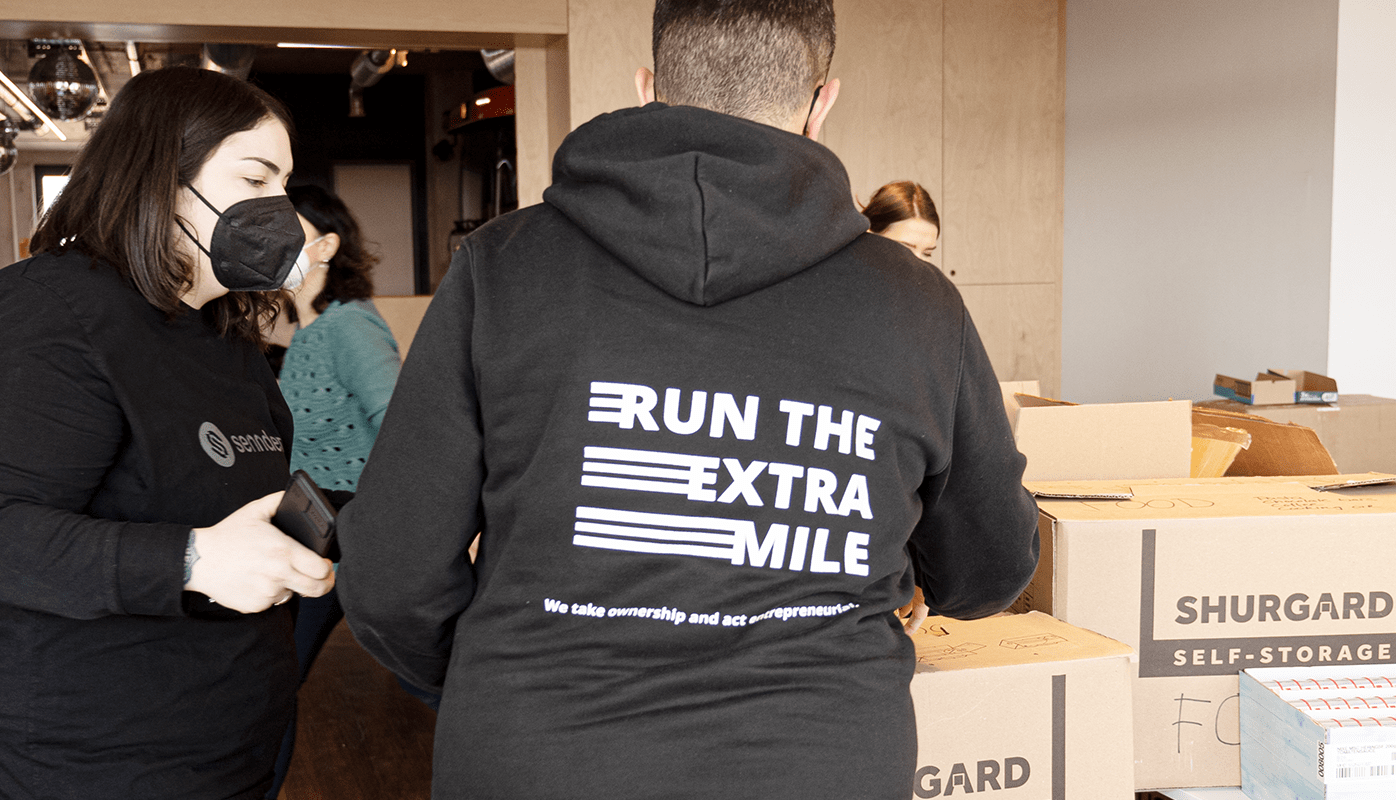 As the crisis continued, many colleagues were inspired to help support their local communities. To aid these more individual efforts, an “Immediate Impact Initiative,” was launched to allow sennder employees to reimburse personal expenses paid to support anyone directly impacted by the war.

Thanks especially to Jakub Rychel and Lukas Lögler, who helped to kick it off. The initiative was intended to ensure that everybody who wants to help can actually do so and to date many sennder employees have made the most of this opportunity.

We asked a few sennder team members to share some words about their experiences participating in the impact initiative and supporting other actions:

“Russia’s attack on Ukraine was a shocking wake-up call for most of us who had believed the times of war in Europe were over. They are not, and the consequences for millions of people are tragic…

I first learned about the initiative via our intranet, when I was researching what sennder was doing to support victims of the war. I asked myself how I could find someone to support directly. Additionally, I wondered how many within sennder actually know about this possibility, and if there are ways to scale the initiative.

After talking to a friend who works in humanitarian aid, it became clear that individual support is urgently needed for a lot of people who were arriving in Berlin and other cities.

“Often, receiving social help from the government is a long and challenging process, and many people didn't have the resources to bridge the time until help came.“

So there was huge demand for support, whereas myself and my colleagues had the financial capability to help.

So we started to promote sennder’s impact initiative internally, and at the same time, I began to directly connect colleagues with people in need, finding ways for them to support individual cases every day.

“Within three weeks, more than 20 of my colleagues connected with individuals they could help directly, and others joined in collective actions with their teammates.“

Personally, I used sennder impact initiative funds for groceries for four families. In this case, they had been in Germany for two months already, and still had to wait two more weeks before their appointment at the state office to receive social support. So together we went to a big supermarket, and got what they needed. It was really easy to help in this way, but it had a huge impact for them.

I hope our initiative will continue to support many in need, and offer them just a tiny bit of normality. Overall, a lot was done in a short time already, and I am confident that much more will follow. I want to thank everyone who has been involved!”

“I started by helping to pack several trucks with donations to be sent to the Ukrainian border.

“It may sound selfish, but it helped me to stop feeling helpless.“

Before that I was just following the news, and wasn’t able to do anything.

When Lukas introduced the impact initiative in our all hands meeting, I thought it couldn't be any easier to help, so that's what I did.

Lukas connected me with a family in need, and we arranged to go shopping for groceries. I was supported by a translator, but in the end they weren’t needed, as Marina and her daughters were fluent in ‘Denglish.’ We met at a bigger supermarket and spent some time getting everything they needed. They were very grateful, and careful not to exceed the 250 euro budget, even though I had said this wouldn't be a major problem.

Outside of sennder, I also went to Berlin’s central station to help people arrive, and welcome them to Germany. It was well organized, easy to assist for some hours, and had the immediate effect of helping people feel supported.”

“In India, my friends and I started a trust named "Mother Kind," which we use to support education, hospitality, and groceries for the needy. Looking at people affected by this war, I knew I wanted to do something to help them.

After my trust, I don't have much money left for charity, but sennder had some, and I knew I could spend my time to bring hope and smiles.

Sree Rama Chinthamsetty and myself met a family of four (a grandfather, an aunt and two teenagers), and with the funds provided by sennder’s impact initiative, we could offer them some support. In fact, we went a bit beyond the 250 euro budget, and offered a total of 580 euros, which sennder approved. With this, the family was able to purchase essential household supplies and notebooks. We visited various markets to collect extension cables, toasters, paper, utensils, etc.

“I believe the best and the most beautiful things in the world can neither be touched, nor seen, but rather felt in our heart. I also believe we touched hearts with these actions, and I saw this when the grandfather of this family got emotional and thanked us.”

“I got involved with organizing convoys to Lviv when one of my team member’s mother was heading toward the border and she needed transportation to Wrocław. I rented a van to bring more people on the way. When I arrived there and saw the amount of people in need I decided to take it step further.

There were a lot of volunteers bringing people from the border to Poland, but I heard that the biggest problem was for the people evacuating from cities in Ukraine to the border.

“I thought, ‘OK, we’re doing this.’ For the first convoy, in just two days we organized 18 vehicles, big and small, to join us.“

At that time the impact initiative hadn’t started yet, but I was talking about this with Kris Koronkiewicz, General Manager for sennder Poland, and Aleksandra Wenecka, Team Lead of People Development in sennder Poland, and they used our local budget to pay for the van, petrol, and additionally for me to buy a lot of food to bring there.

Since then, I’ve joined together with my sister to fundraise in the UK to keep the convoys going.”

“I have relatives in Ukraine with whom I stay in almost daily contact, so I was eager to help from the beginning.

“Some of my family have managed to emigrate, but the rest remain in Melitopol, Ukraine. They are still exposed to daily danger. I am aware of the problems they face, and I know that in these difficult moments everyone needs a lot of support and help.’’

Some of these products went to Czasoprzestrzeń and Sektor 3 in Wrocław – places where donations are held. Also, in cooperation with the Namada Foundation, the remaining funds were offered as direct support for four women with children to meet their basic needs.”

“My dad works in Poland, and when the war started he decided to go back to Ukraine.

In our office in Wrocław, a collection was started and the money was used to buy things for the military and for people who are in defense territories. My dad was going to take it to Ukraine.

“We were able to purchase medicines, food, clothing and walkie-talkies. We had a problem buying sleeping bags and mattresses in Poland, but thanks to the help of our Berlin office we managed to buy them and deliver them to Wroclaw before my dad arrived.“

This had all started because a friend of my family’s went to the front and saw what was needed. I decided to email David Nothacker, sennder’s founder, and asked him for a larger amount of those items. I presented the whole plan to him and got his approval. Then I delivered all these things to the Polish-Ukrainian border, where they were picked up by my dad.

Additionally, my mom and I are in contact with volunteers in Ukraine and we try to buy and donate the most important items that they need. We also buy food for animals, because a lot of animals there have ended up in shelters.”

Everyone who has helped to support the victims of this war has a different story, but all of these stories demonstrate that our individual actions add up to a tremendous impact when we organize our efforts toward a shared goal that we all believe in.

The people featured here represent just a few out of hundreds of similar efforts made by sennder team members, both as individuals and as teams. Until those most directly affected by the war are able to return to the safety of their homes, we intend to continue supporting actions like these.

Click here to learn more about sennder’s aid efforts for Ukraine, and how you can get involved.