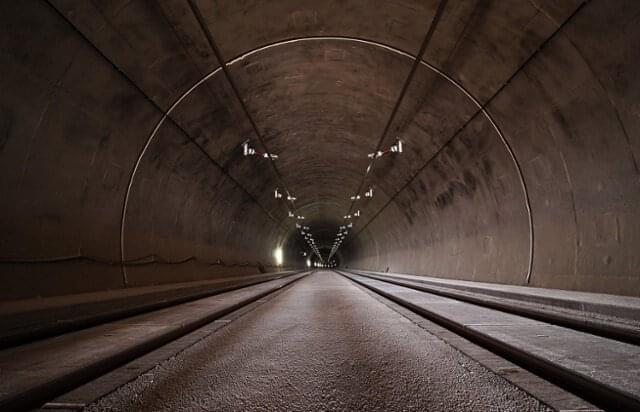 In a world dominated by globalisation and online trading, transport companies are facing the demand to move freight faster, further and more effeciently than ever. There are many infrastructure initiatives to connect economic areas and facilitate an even and swift freight flow. One of those exapmles is the Channel Tunnel connecting Great Britain and France underwater. The Channel Tunnel enables transport companies to deliver their goods much faster to their customers than by shipping them over the English Channel. It has been operating since 1994 and is the longest underwater tunnel worldwide.

The Channel Tunnel links Folkestone (United Kingdom) to Coquelle (France) and is 50.5 kilometers long. It allows trucks to cross the Strait of Dover much quicker through a railway system than by boat. Travelling at a speed of around 140 km/h on a shuttle-train, it takes trucks 55 minutes less to cross the channel in comparison to the sea route. It directly links the A16 motorway at Calais and the M20 motorway at Folkestone, allowing trucks to save 25km of fuel and fast transit time. Check-in systems are being automated and digitized in order to facilitate freight flow. In addition, transport companies are no longer dependend on weather conditions that could prevent them from crossing the English Channel by boat.

This superstructure is a major asset to developing and maintaining commercial relations because it allows a smoother freight transport stream between the U.K and Europe. In 2016, about 1.6 million trucks used the tunnel, carrying almost 21.3 million tons of goods. This represents one quarter of the total freight flow between Continental Europe and Great Britain.

However, during the first half of this year, figures have been slowing down in regards to the amount of trucks crossing the tunnel, which can be linked to difficult weather conditions in southern Europe at the beginning of the year. Eurotunnel - the company managing and operating the Channel Tunnel - decided to increase prices by 3.7% in order to compensate the effect of this slackening.

This could, on the other hand, thrive seaway companies. In 2015, P&O Ferries - leader on the seaway market - already took advantage of the European migrant crisis which lead to traffic disturbance in the tunnel. A similar scenario can be expected when the pricing pressure for using the tunnel is getting too high.

The Channel Tunnel is still fastest and most efficient option

Yet, the Channel Tunnel is still very viable for carriers as long as it provides an even balance between prices and travel time. Especially for industries with tight delivery schedules (e.g. e-businesses or food companies), this infrastructure will remain efficient and the first choice for carriers going to or leaving the U.K.

In fact, due to the price increase Eurotunnel has recorded some good figures during the first half of the year. Its revenue increased by 3%, reaching €497 million and the net profit climbed up to €30 million. The company also decided to improve the travel frequency for the trucks by increasing the number of train shuttles allowing even better hourly capacity and faster transit times.