How one Latvian carrier successfully grew his European trucking business 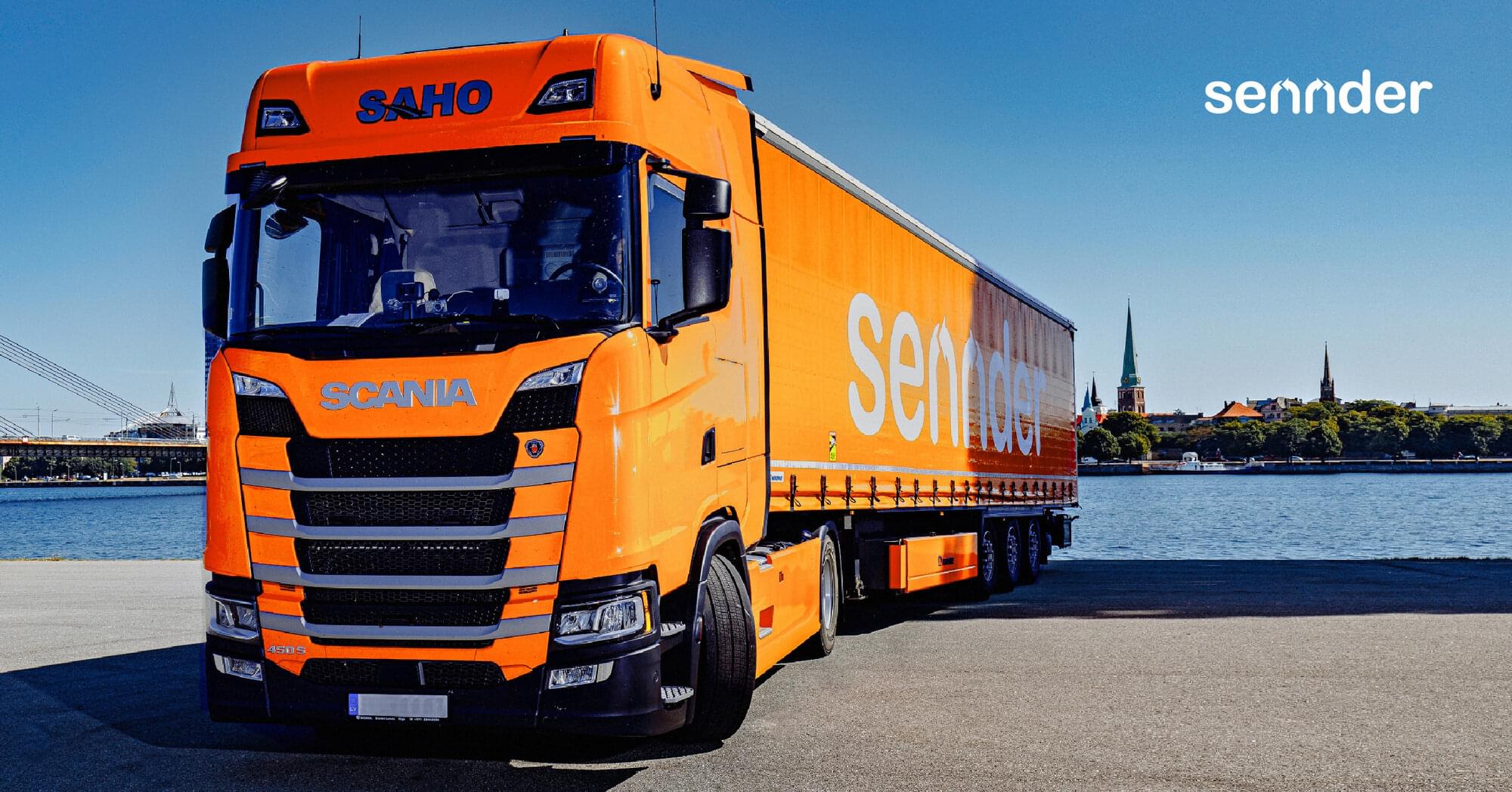 The sennder team recently spoke with Janis Bojars, the founder and owner of SAHO, a Latvian trucking business. In the following blog, Bojars discusses how he got into the road freight industry, how sennder has helped his company achieve success, and what the future holds for European transport. 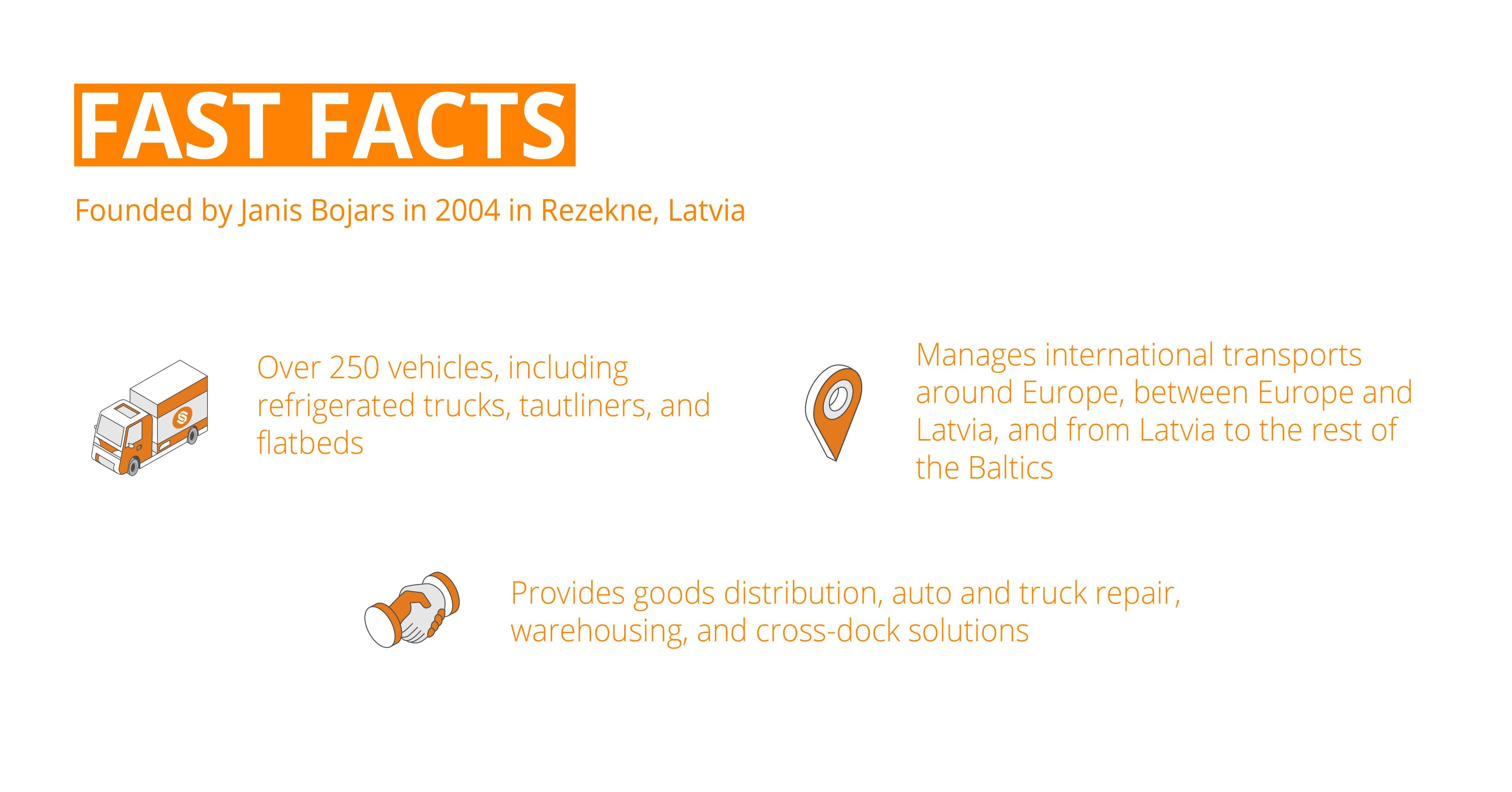 Bojars didn’t plan to found his own trucking company. He began his professional life driving vans in Latvia. In the early 2000s, he began purchasing older vans that were still in good condition in Germany and then reselling them in Latvia. After doing this for several years, he decided that he wanted to earn a more regular income. Instead of selling the next German van he brought to Latvia, he started offering transportation services with it. “That’s when I hired my first employee,” he says.

Things moved quickly after that. He added another cargo vehicle, then another, and another, and SAHO began to accept a wider range of goods for transport. Bojars started to expand his vision for what his company could become. He saw the potential for growth in the domestic Latvian market, but the broader European market offered interesting challenges he just couldn’t resist. In 2006, he acquired his first semi-trailer for use on international routes.

But was starting his own trucking business easy? “Back then, there was no internet where you could ask all your questions,” remembers Bojars. “Now, you can look up anything. You can look up how to drive a truck on YouTube, or how the road freight works in specific countries.” Bojars had to work hard to build his knowledge of the logistics industry during SAHO’s first few years. Learning on the job was difficult. “If a driver calls, you need to answer, even in the middle of the night,” he says. “You sleep and think at the same time, so you don’t really sleep. You know the phone could ring at any moment.” Bojars dedicated a lot of time to understanding how the supply chain works: the driver’s role, the dispatcher’s role, fleet management, service, finances, overall company management. “I experienced each link in the chain on my own.”

All the while, Bojars’ determination to expand westward into Europe kept him focused. “Business in Europe is stable and predictable,” he says. There are many opportunities in Western Europe for carriers from the Baltics. SAHO has ultimately found success growing its business in Europe. sennder has played a big role in this success.

The benefits of sennder for trucking companies in the Baltic region

Bojars has been working with sennder for over half a year now and views the collaboration in a positive light. He was skeptical at first. The logistics industry is notoriously traditional, and digitalization can be difficult for carriers. “At the beginning, our attitude was typical Latvian, very cautious. Everything was very new.” sennder employees guided him through sennOS and helped him understand how he could leverage technology to improve his business.

“We are very satisfied now,” he says. He sees the sennder model of digitizing road freight transport as the future of the transport industry. For example, SAHO doesn’t need to print out invoices anymore. Employees enter invoice data into ERP and then only process automatically issued credit notes from sennder. SAHO has also integrated GPS. They use the sennder platform orcas to find open loads on the marketplace, track their chartered GPS-integrated shipments, and upload proof of delivery forms. Several of SAHO’s drivers also use the sennder Driver App to track their sennder orders and manage their POD uploads to fast track payments.

Bojars’ favorite sennder shipper is Saint-Gobain Autover, one of the largest and oldest glass manufacturers in the world. sennder runs distribution for Saint-Gobain Autover’s automotive glass. “We find lots of great loads like this with sennder,” he says. “Lots of kilometers. And our drivers like these sorts of loads because they can plan ahead. They know where they’re going and how long it’s going to take.”

Addressing the green transition in the Baltic road freight sector

There are still plenty of challenges for Bojars to sink his teeth into as SAHO continues to grow. sennder has helped him digitalize his business, but the logistics industry as a whole and the road freight sector in particular have found themselves staring down several key issues.

The green transition in transport is always at the forefront of Bojars’ mind. The European Union is enacting policies that seek to lower overall greenhouse gas emissions. Meanwhile, shippers want to reduce their own emissions and are on the lookout for carriers who can offer sustainable, low-carbon transport solutions.

“Everybody wants to lower emissions and become greener, but no one knows which direction to go in,” says Bojars. From renewable diesels like HVO and B100 to electric to hydrogen, the world of renewable energy can get quite confusing. Availability and government support of greener vehicles and infrastructure is also uneven across the European Union. At the moment, Latvia incentivizes carriers to use gas-powered trucks and has gotten rid of its excise duty for gas. Meanwhile, in Germany, drivers of electric or gas-powered trucks either pay reduced tolls or do not pay any tolls at all. But not every European country is reducing road tolls for lower emission vehicles. Overall, in Bojars’ opinion, gas vehicles are currently the most cost efficient for carriers when taking the entire life cycle of the truck into account, including purchase, usage, service, fueling, and selling.

“When we buy a truck, we need to be able to plan five years ahead,” says Bojars. A truck is a serious investment for a carrier. When regulations change every year, that creates confusion and complications.

Like other carriers throughout Europe, SAHO is also dealing with a driver shortage. Bojars thinks that a potential way to address this issue is placing more focus on driver relations. “We need to provide social services like health insurance. If a driver wants to go on leave or take a vacation, we need to listen,” he says. Driver relations includes taking care to ensure that drivers feel listened to, valued, and involved in the decision making about new trucks or new lanes.

With the support of sennder’s technology, SAHO is now a digital player in Latvia

Overall, SAHO’s expansion in Western Europe is going well, and Bojars is happy he overcame his skepticism and decided to work with sennder. He knows that many carriers are still nervous about digitalization in the logistics industry. But that has a knock-on effect. “If you don’t digitalize, you don’t grow,” says Bojars. “sennder provides a trucking company like me a chance to grow.” Additionally, sennder provides loads across Europe and allows SAHO to work with big customers like Amazon or Saint-Gobain Autover that would otherwise take a lot of resources for Bojars to approach on his own. Challenges still pop up from time to time, “as they always do in this industry,” he says. “But we discuss them as partners and find the best solution for both parties.”

What’s next for SAHO? Bojars is already working on several sennder lanes, and he’s looking forward to seeing how the relationship develops. If business continues to go well, he plans to grow his fleet significantly. “It is very positive to have responsible people on the other side.”