Blog Advanced Fuels: Differences between HVO and B100

Advanced Fuels: Differences between HVO and B100 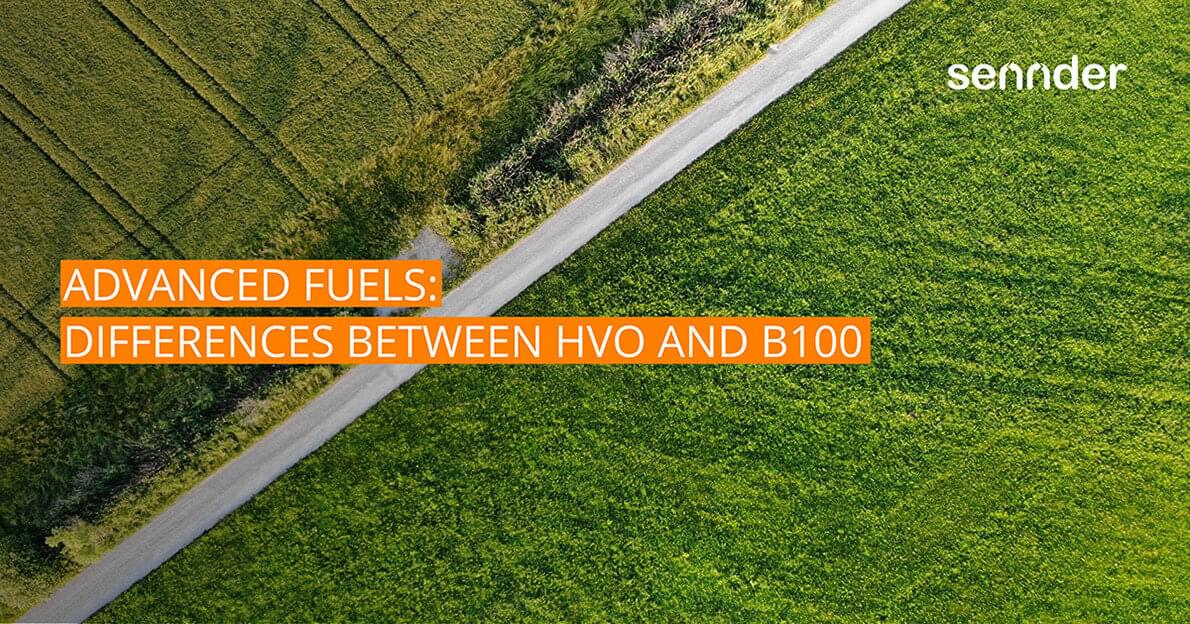 Which renewable road freight fuel reduces carbon emissions? Both HVO and B100 do! So what sets these two options for low carbon transport apart?

What are the differences between HVO and B100?

It’s fairly simple, really. Both HVO and B100 reduce carbon emissions compared to fossil diesel. Using either or both of them across the supply chain will contribute to the decarbonization of road freight. 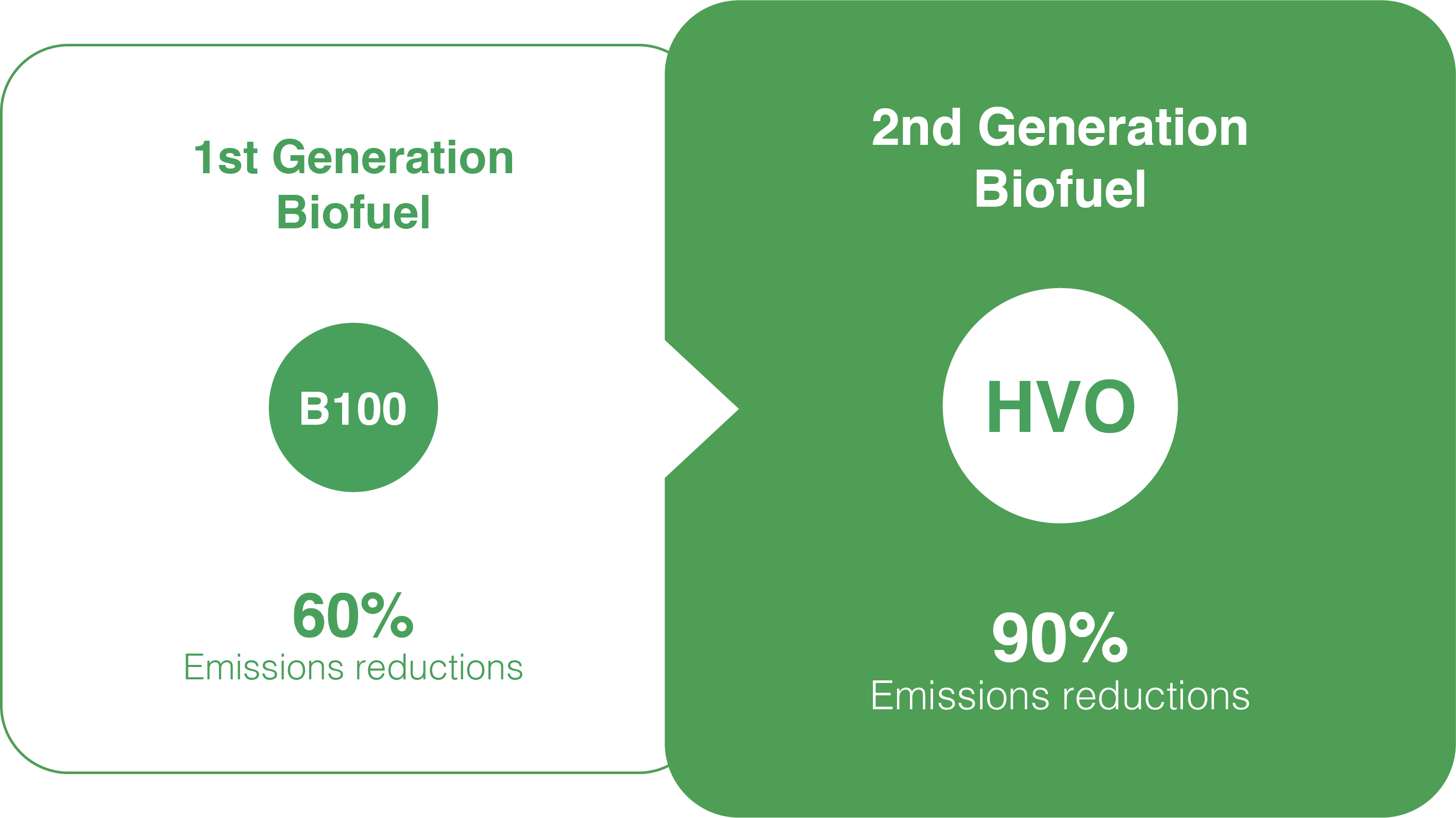 HVO (hydrotreated vegetable oil) is a second generation biofuel and a drop-in fuel that can be used exactly like fossil diesel. It’s usually produced from things like used cooking oil. As one of the highest quality fuels on the market, HVO can reduce carbon emissions by up to 90% compared to fossil diesel.

HVO can be used in any mixture with fossil diesel from 1% - 100% without negatively affecting engine performance or maintenance cycles. That means that carriers don’t need to modify their existing engines or buy all-new trucks in order to use HVO.

B100 is a first generation biodiesel. As the name implies, B100 is pure, 100% biodiesel. In the European Union it’s usually produced from crops like rapeseed. Existing diesel engines require a few simple changes in order to run on B100. Many newer engines are already equipped to handle it.

What are the feedstock differences between HVO and B100?

Taking these steps will allow users to avoid the potential pitfalls of these renewable fuel sources and take advantage of their positive climate impacts.

Emissions reductions differences for HVO and B100

The standard emissions reduction percentage for HVO according to the GLEC Framework is 64%. Neste, the company that provides the majority of HVO in Europe, can achieve up to 90% emissions reductions compared to fossil diesel with their HVO.

Ultimately, both HVO and B100 are better than fossil diesel, and both are available in different regions of Europe, with coverage expected to expand. Carriers will have to decide which of these renewable, low carbon fuels is best for their business and their trucks. 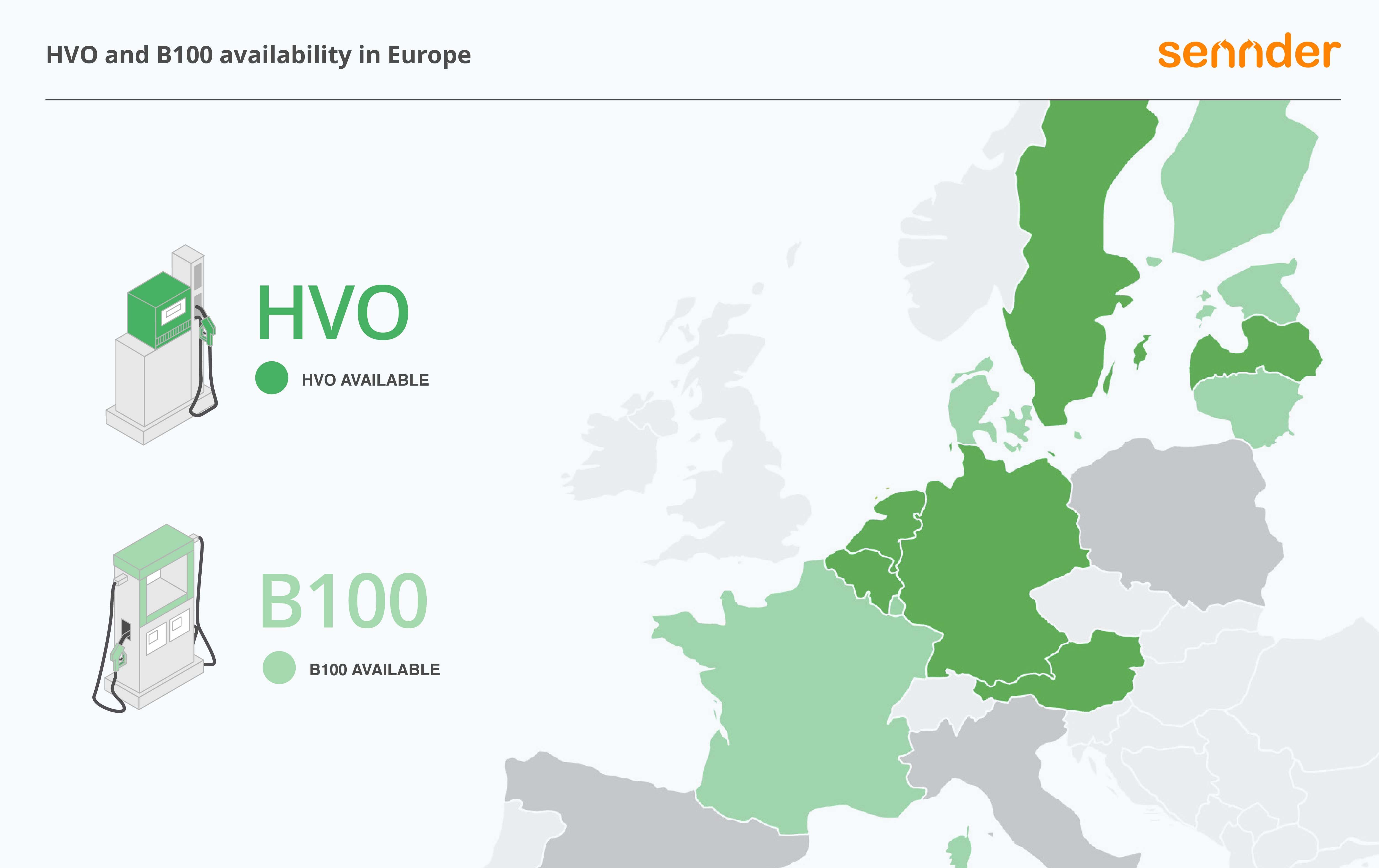 Learn more about sennder’s HVO and B100 fueling solutions HERE.